Many great explorers have arisen from Great Britain over the centuries. It can be said that the golden age of exploration of Britain commenced during the 15th century with over 200 years of fruitful results. The reign of Queen Elizabeth the first saw many brave explorers venturing into the unknown to chart out new lands. Their motivation was either adventure or fortune.

Sir Walter Raleigh
One of the more renowned Tudor explorers from Britain was Sir Walter Raleigh. He was well known as a poet, adventurer and Tudor Coutier. He was born in Devon in 1554 to become one of Queen Elizabeth 1s favourite courtiers as he was handsome with dark brown hair.
As a fearless soldier, Sir Walter Raleigh led many expeditions to America with the introduction of tobacco and potato to Great Britain in the late 1500s. He fell out of favour with the Queen when he fell in love with one of the maids of honour.
Sir Walter Raleigh continued to explore new places to bring back new treasures that included spices, precious metals and silk. One of the exploration feats of Sir Walter Raleigh was the naming of the first English colony Virginia in America after the Queen.

Sir Francis Drake
Another renowned Tudor explorer from Great Britain was Sir Francis Drake who was born in Tavistock, Devon in 1954. He kick started his sea faring adventures at the young age of 12 or 13 from Kent as an apprentice on a small trading ship. The ship became his when the master died; however, Sir Francis Drake turned vice and became a pirate as he explored the treasures of the sea and land.
Sir Francis Drake was an excellent sailor who seized the opportunity to make handsome gains through the capture of Spanish ships for Protestant England. He raided many Spanish ships off the coast of America which won the favour of Queen Elizabeth 1. This poised England to be a major sea power at that century with the capture of many Spanish ships by Sir Francis Drake.
One notable feat of Sir Francis Drake was his successful sail around the world as an Englishman. He succeeded in this formidable task between 1577 and 1580 in The Golden Hinde. Sir Francis Drake continued to circumnavigate the world from Plymouth, England in November 15, 1577. His cruise took him through the Straights of Magellan into the Pacific before crossing Asia and Philippines to return home on September 26, 1580.

Sir Francis Drake discovered and named currently California, Nova Albion (New England) in honour of his queen. He also ventured into the Indies with plenty of spices and Spanish plunder. His amazing sea-faring feats did not go unappreciated by the Queen, who knighted him as his treasures paid off all the national debt at that time.
Another amazing feat of Sir Francis Drake was his brilliant attack on the Spanish fleet that was sent to attack England. As Vice-Admiral, Sir Francis Drake defeated the Spanish Armada to go down in history hailed as one of Britains most successful Tudor explorers.

John Cabot
John Cabot became a well known Tudor explorer from Britain under the reign of King Henry VII. Although born in Italy, John Cabot resided in England to be a British explorer under the English flag.
John Cabot attempted to discover a shorter route to Asia in his venture from Bristol. Along the way, he discovered a new land which he aptly called new found land which is todays Newfoundland in Canada.
Many Tudor explorers like John Cabot were anxious to check out Asia for the great wealth that could be secured from that continent. It was a race against the clock with more and more explorers jumping onto the bandwagon. Fame and fortune were in store for such explorers which benefited their countries as well as themselves.
John Cabot was one of the most successful explorers sent from Britain to make inroads to reach Asia by sea.

John Hawkins
As Sir Francis Drakes cousin, it is not surprising that John Hawkins also had the same sea-faring streak as the famous English explorer. John Hawkins sailed and traded slaves from West Africa to the Spanish colonies in West Indies. He also raided Spanish ships.
Go to www.schooltudorvisit.co.uk
for more information. 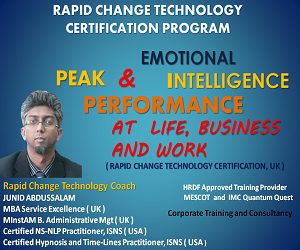